Explaining about Tombola Board Game

Tombola originated in Naples, Italy during the 18th century where is was first played as a type of board game. The board game in Italy is still a traditional board game that is mostly played with symbolic prizes amongst family and friends at holiday events like Christmas.

When the Italians migrated in the 19th and 20th centuries, Tombola became widespread and was adapted to other variations like the raffle which is probably the most popular variation of the game in the United Kingdom and mostly the rest of the world. In certain languages like Slovak; Bulgarian and French the word Tombola is translated into a general term for raffle.

Certain venues within the United Kingdom occasionally held these types of raffles to circumvent certain licensing laws. Alcoholic beverages were offered as prizes for drawing certain numbered tickets as the venues or events were not licensed to sell alcohol.

The Raffle Variation of Tombola

The Tombola board game was adapted to a type of raffle in the United Kingdom where it became popular at certain events like village fetes. Other countries around the world took to the game which is now one of the most popular forms of raffle also used at many events. The term was mainly used for those raffles that tumbled a barrel full of tickets before the tickets were drawn and matched to any winning players.

As a raffle, Tombola was adapted to be played with numbered tickets which are drawn at random from barrels; drums; buckets; hats and so on. Each numbered ticket was or was not pre assigned a prize and each player would buy a ticket and draw it immediately to reveal whether they had won a prize or not. Traditionally all the numbers ending in five or zero were the ones that were assigned a prize. 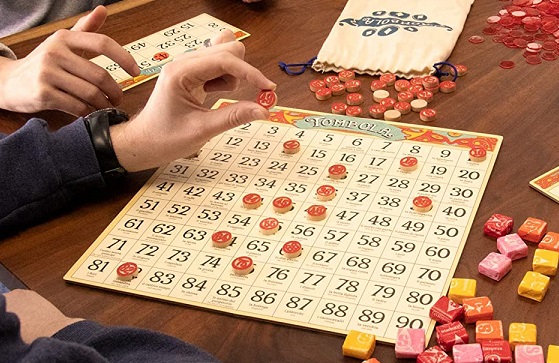 The Tombola is played much the same today as it was when it first became popular at random events like village or school fetes. It is considered a form of gambling so there are certain laws in various regions regarding what is allowed and what prizes can be given. The game is played much the same with tickets being drawn from a barrel and prizes being awarded for certain tickets.

The prizes allocated to the winning tickets must be awarded purely by chance and the tickets must be paid for. This and many other forms of raffle are used mainly for fund raising and charitable events and can generally not be used to profit privately or commercially.

There are certain laws in various regions but one that stands as the most vital rule of this type of raffle is that the numbered tickets must be sold on the day, at the venue where the event is taking place and while the event is taking place. There are generally no rules as to what the numbered tickets must cost and if by chance there are still prizes yet to be won by the later stages of the event then the prices may be reduced to sell further tickets.